You are here: Home / History of St Christopher's / St. Christopher’s in the Eighties

After Mrs. Watker’s retirement, the post of Matron was widely advertised and in 1981 Mrs. Anne Cullen was appointed. Although well qualified, she was not completely suited to the post and stayed only about three years, by which time she had moved from the Home to live at Lamport.

One great improvement at that time was the installation of a chair-lift on the main staircase of the original house, at first it was not much used, as many were apprehensive and feared it would break down – but gradually its use became more popular and it-was widely appreciated. Ramps were also fitted at various entrances to make wheelchair access easier.

In 1983 Mr. Fred Smith, the architect for the Home, came to live in bungalow 8 – he resigned as a Trustee but continued to serve on some committees. Edgar Swannell resigned as Honorary Secretary after nine years, though he too remained on some committees. Mrs. June Hirst, already working hard on administrative matters was appointed Bursar/Secretary and joined the team with Mr. Derek Dutton, who had been Hon. Treasurer for some years. The Custodian Trustees were now: Mr. TG. Fordyce, Mr.M.J. Percival and Mr. R. Munns. It was also in 1983 that the sale of the surplus land was completed, the money being put into the Endowment Fund and the Fund to extend the present accommodation.

The resignation of Mrs. Cullen during 1984 led to a reconsideration of the needs of the Home – leading to many meetings of the various committees. Eventually a decision was reached that the needs of the residents and the efficient organisation of a Christian, caring home could best be served by a Superintendent assisted by a Sister -in-Charge who would be responsible for the health of the residents – neither needing to live on the premises. There would also need to be some part-time clerical assistance.

By the end of the year, Mrs. Christine Meanwell had been appointed as Sister-in-Charge and Mrs. June Hirst as Superintendent. There were great hopes that another successful era had begun.

As money was now available from the sale of the surplus land, consideration was again given to enlarging the Home. In 1985 a new wing of six rooms was erected off the Care Wing towards the wall at the back of the Abington Park Crescent houses – these rooms had their own facilities and were easily accessible for wheelchairs and, at the same time, the chapel at the end of the Care Wing was extended and a Vestry provided (as already explained). 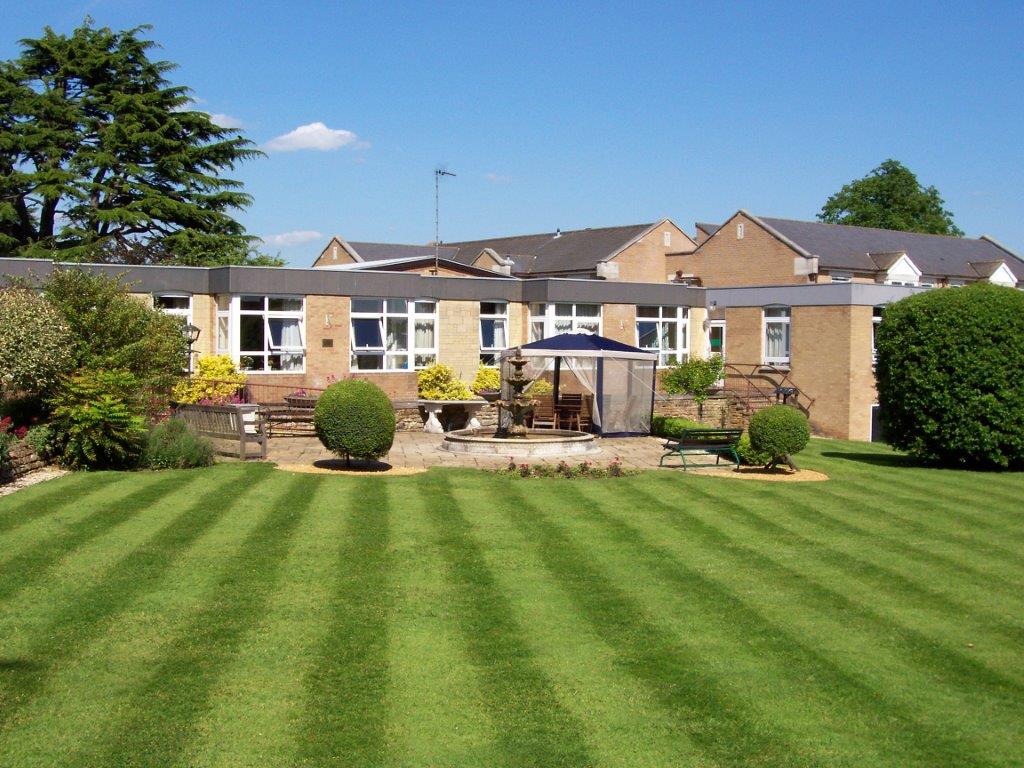 At this time also, secondary glazing was put in wherever possible and also a new system of communication – a two-way call system was installed, operating at 23 points in the residents’ quarters and also reaching to the bungalows and flats. A further improvement was an automatic lighting system, to work during a power-failure. At the end of 1985, forty two people were part of St. Christopher’s family. The new rooms were opened and dedicated by the Bishop.

The next few years were a time of consolidation, with many smaller improvements to make for comfort and convenience to both residents and staff. Also, as they became vacant, the bungalows were supplied with gas central heating. It was possible at this time to put the finances of St. Christopher’s in a sound position, under the care of the Finance Committee and the Hon. Treasurer, so that the future could be faced with confidence.

A sad ending to the decade came in the death of Mr Fred Smith, whose devotion to the Home was endless. There was much to thank him for. As he would have wished, the decade ended in many more improvements, ready for a burst of activity in the coming nineties.

Read the next article: The Nineties – Growth and expansion.

Our residents recently enjoyed a Summer BBQ in the gardens of St Christopher's. The weather … END_OF_DOCUMENT_TOKEN_TO_BE_REPLACED

Thank you to everyone for making our Summer Fete on the 29th June 2019 such a huge success. We made … END_OF_DOCUMENT_TOKEN_TO_BE_REPLACED

Thank you to everyone for making our Summer Fete on the 29th June 2019 such a huge success. We made … END_OF_DOCUMENT_TOKEN_TO_BE_REPLACED

We received a lovely piece of feedback in the Northampton Chronicle and Echo this week. This was … END_OF_DOCUMENT_TOKEN_TO_BE_REPLACED

St. Christopher's Care Home Northampton was founded to serve the local community in 1951 it must be … END_OF_DOCUMENT_TOKEN_TO_BE_REPLACED