You are here: Home / History of St Christopher's / The Nineties – Growth and expansion…

As part of our series of articles on the History of St. Christopher’s, we look at The Nineties – Growth and expansion.

1990 brought a year of great activity. Two additional areas of accommodation were completed and a staff room provided. The laundry was modernised and much preparation work was done in the lead-up to an improved kitchen to be installed the year after. The mens’ annexe was to be converted into five, self-contained modern flats – thereafter to be known as the Coach-House.

But, more importantly, a Working Party was set up in March to investigate what facilities for old and infirm people could be provided at an outlay in the region of £750,000. The Working Party was to report to the 1991 Annual General Meeting. This was to be a detailed, in-depth, investigation to evaluate all the available options, to consider similar provision at other places in the town and all the practices now thought desirable. To obtain evidence from all the relevant professional bodies in both the private and public sectors and to consider all the legislation in the new White Paper on Care in the Community, the Working Party was to consider: Sheltered Accommodation; Residential Care; Nursing Care; Very Sheltered Care; and the Concept of Core and Cluster Homes. (Hospice Care, it was felt, was fully catered for by the Cynthia Spencer Hospice). 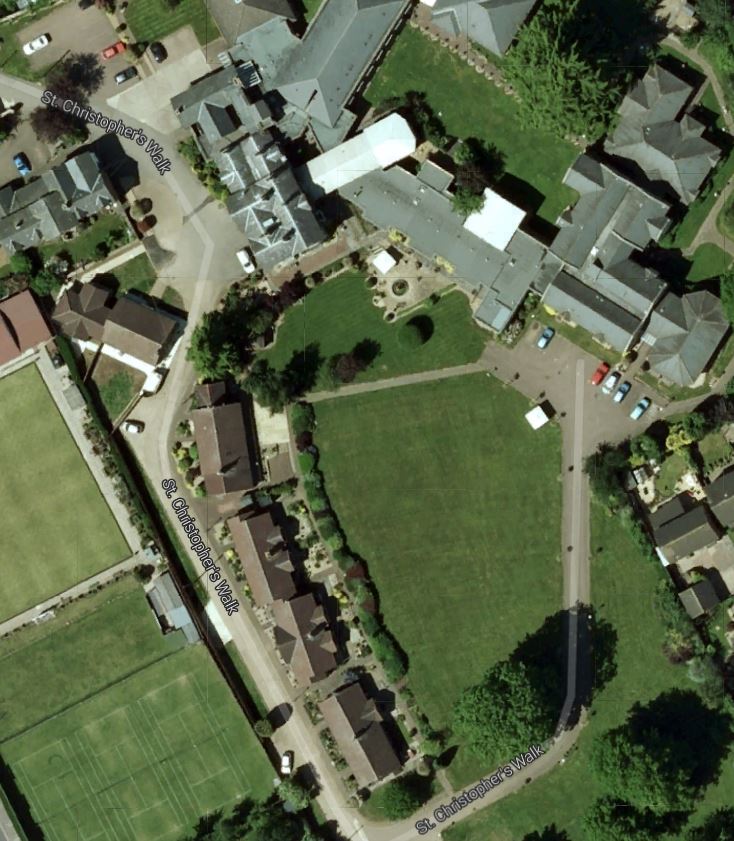 When the report was finally published it was very detailed. The Working Party had visited all the Care Homes in Northampton and had held conversations with Age Concern and various Charitable Trusts as well as with the Statutory Authorities.

The Study identified three needs: Firstly – growing demand for sheltered accommodation – there would be a need to double the number of residents on site to be able to provide the necessary support services. Present accommodation needed to be upgraded completely. Secondly – facilities needed to be increased and up-graded. A hairdressing salon; coffee room and small shop were suggested. Thirdly – a Care Wing was needed with more accommodation – a 24 bed unit was suggested, built in four modules of six beds each, to provide for great flexibility of use. It was envisaged that the total number of residents eventually provided for would be around one hundred.

The development needed to be phased over a number of years; with the first phase to build sixteen, self contained flats, on two floors, all with wheel-chair access. At the same time a new chapel would be built, all off the south wing. If possible the extra facilities – hairdressing salon etc. would be added.

The second phase would be the building of a new care wing (originally envisaged as on two floors but later changed to one, for many practical reasons). This to be followed by the complete up-dating of the present wing and the rooms in the original house.

The third phase which could be very long term, would be geared to helping the elderly in the community, with for example, the establishment of a Day Care centre.

The Annual Report for 1991 paid tribute to the continued patience and resilience of both residents and staff, in the face of much noise and disturbance – the kitchen being re-modelled and the conversion of the Coach-House into flats.

A special sod-cutting ceremony was to be held on May 23rd 1992 for the Bishop to inaugurate the start of the building of the sixteen flats, as sheltered accommodation. They were for those people aged 55 or over. They were to be suitable for wheelchair users and would have alarm systems linking them with the main care centre. The various Planning Committees had worked very hard to liaise with architects, builders and contractors, as well as drawing up detailed lease agreements to suit many different financial situations.

By the end of 1992, the Coach-House flats were ready with four occupied and one tenant to move in early in 1993. A tender for the new flats – to be called St. Martin’s Court – had been accepted, work was in progress and a waiting list had already been drawn up. 100 enquiries were received within three days of the distribution of the brochures. By June 1993 the flats were completed and within three months all were occupied. It was at this period that the Home lost two loyal and long-term supporters. Mrs. Hiams died and Mrs. Collier had to give up through illness (she died in 1997).

By September 1993, the central core activity rooms had been provided and the new linked on to the South wing – nine residential rooms in the wing had been made en-suite, the work being completed in Spring 1994. The ground floor of the Home was also refurbished – the plaque dedicating the new flats and the new chapel was finally unveiled by the Bishop in 1994.

1995 brought relative peace after three years of chaos. The plans for the Continuing Care Unit needed to be reconsidered in the light of new building regulations but in the meanwhile there was new accommodation to be built at the end of St. Christopher’s Walk; this to be used as a store and for gardening requirements, but adaptable for sheltered housing later if necessary. Tribute was again offered this year to June Hirst and Christine Meanwell and all their staff; to Don George for his care of the garden and the Home and all the residents for their forbearance. Although the work done was the efforts of all the committees, at the Annual Meeting particular thanks were expressed to Stephen Billings, Leslie Salt, Derek Dutton and Graham Fordyce.

After a breathing space, all too short, at the end of 1996, the new garden store was erected. Our Chaplain of over 20 years, Canon Frank Pickard, moved to Lois Weedon, so farewells had to be said; also to Joyce Sanderson, head cook for 20 years, retired (though she was soon back to help out) – she was replaced by Gary Stokes as our Chef, and later Brian Faulkner.

1997 saw another retirement party, this time for June Hirst who had been so long part of St. Christopher’s, though she continued to help on a part-time basis until the arrival of Mrs. Christine Church as the Home’s Manager in late June. Mrs Church was joined in May 1998 by Mrs Jacqui Rae as Deputy Manager. Don George also hung up his gardening tools for a well earned retirement in July 1998.

Building began again in October 1997, with the preparation of an access road along the wall of the Abington Park Crescent houses. A mild, wet autumn soon turned the new site into a muddy mess – but work progressed, though we often wondered if the giant digger was coming in for lunch. With this block finished there will be a Continuing Care Unit of eighteen rooms – the old Care Wing will then become ten rooms which will have been given a thorough facelift. Then it will be the turn of the original rooms in the Old Rectory – and no longer will it be recognisable as the 1948 room plan.

Will that be the end of the expansion? Ground space may not permit more building – the occupancy of St. Christopher’s Home may have reached its optimum. But St. Christopher’s has never been static – ideas, inspirations, prayers, we always think of them spiralling upwards – and upwards they reach toward God!

Our residents recently enjoyed a Summer BBQ in the gardens of St Christopher's. The weather … END_OF_DOCUMENT_TOKEN_TO_BE_REPLACED

Thank you to everyone for making our Summer Fete on the 29th June 2019 such a huge success. We made … END_OF_DOCUMENT_TOKEN_TO_BE_REPLACED

Thank you to everyone for making our Summer Fete on the 29th June 2019 such a huge success. We made … END_OF_DOCUMENT_TOKEN_TO_BE_REPLACED

We received a lovely piece of feedback in the Northampton Chronicle and Echo this week. This was … END_OF_DOCUMENT_TOKEN_TO_BE_REPLACED

St. Christopher's Care Home Northampton was founded to serve the local community in 1951 it must be … END_OF_DOCUMENT_TOKEN_TO_BE_REPLACED