You are here: Home / History of St Christopher's / The Bungalows

As part of our series of articles on the History of St. Christopher’s, we look at the history of the Bungalows.

The idea of a bungalow ‘village’ was still on the agenda, and in February 1956 a couple living in Thursby Road offered to spend around £2500 to build a bungalow to be lived in by them during their lifetime, free of all costs and maintenance, but owned by St. Christopher’s. The lawyer and the architect were asked to consider the idea – but for various reasons this particular scheme fell through. However, the idea was back under consideration and at an Executive meeting it was suggested that four bungalows and a chapel should be built as soon as finances allowed. 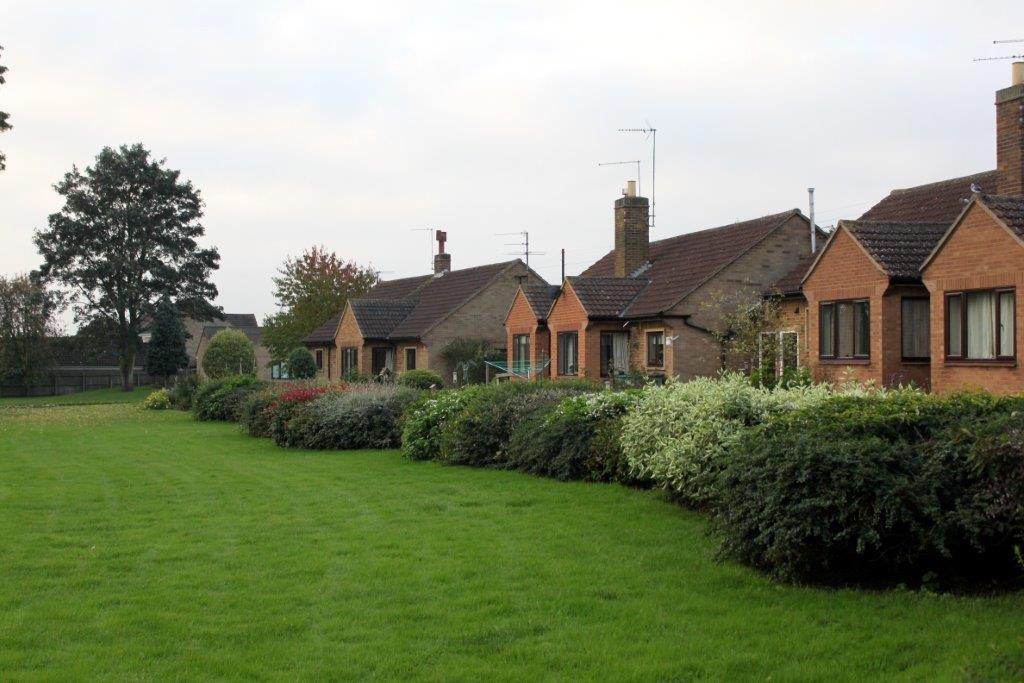 Mr. William Smith, who had been on various Committees since the beginning, had a sister, Mrs. Emily Barrs, who had recently been widowed.  Mrs. Barrs was blind but she had a housekeeper, Miss Patrick. It was suggested that Mrs. Barrs have a bungalow built, occupy it for her lifetime, paying expenses and maintenance, and it would belong to St. Christopher’s at her death. When the legal problems had been sorted out, the bungalow was approved and was to become No. 1 St. Christopher’s Walk; it was built right opposite the main building.

Several other people began to consider building bungalows, but a request for one with three bedrooms and a garage was turned down as being against the principles of the Home and unsuitable once the donor had left. Four bungalows were contemplated, to be built in a block, followed by a larger detached one. Roads and paths were needed, a new sewer and water supply. It was decided not to have a gas service pipe laid at a cost of over £600 – whereas the electricity supply was laid free. This later proved to be a rather short-sighted decision.

The first, larger bungalow was for two sisters who would pay towards it; as would other ladies who wanted smaller ones with a bed-sitting room with the bed in a curtained alcove; each also had a kitchen and a bathroom. In March 1957 planning permission was obtained. Rentals were worked out for those who could not contribute the whole cost and the ‘rules’ were considered, including the need for the occupants to maintain their own gardens and not to keep any pets. There was such a rush for the bungalows that the Executive Committee began to get worried about the ability of the Care Wing to cope should too many of the residents become ill at the same time. In the end they stopped at No. 8 bungalow, No. 1 and No. 2 being detached, 3, 4, 5 and 6 in a block and then 7 and 8 semi-detached but suitable for couples, if so wanted. So, Mrs. Barrs and Miss Patrick were, in No. 1; the Misses Hudson in No. 2; Miss Freeman,Miss Brudenell, Mrs. Williams and Mrs. Payne in the smaller 3,4,5 and 6; with Mrs. Dastnell and Mrs. Pakes in 7 and 8.

Obviously, over the years, the occupants changed, some moved into vacant rooms in the Home; some died; and there were new residents in St. Christopher’s Walk. Applicants then had to be over 65 and usually under 75, in later years residents paid a lump sum for a yearly, five yearly or ten yearly tenancy or they paid rent – but every applicant was considered independently according to their circumstances.

In 1975, No. 2 bungalow was divided into two smaller units suitable for single residents, though much later 2b. had an extra room added so that it could be used by a married couple. In 1976, Mrs. Barrs, who had had the very first bungalow, died – by this time her sister Mrs. Spence was in bungalow 3 and after much discussion and consultation, she decided to move into No. 1 with Miss Patrick and share it with her. This continued until Mrs. Spence died in 1981 aged 96 but by then Miss Patrick was ready to move into the main house, where she died in 1985. Mr. William Smith, their brother, had died in 1960, so this was the end of the link with the main family, though other family members had later connections.

In 1982, No. 1 bungalow became the home of the Rev. Kenneth and Mrs. Earle. Mr. Earle had been the Chaplain to the Deaf in the Diocese and had retired, they lived there for another ten years until 1992 when Mr. Earle died. Mrs. Earle remained there for another four years until she decided to move into the main house. After a thorough update, the bungalow became the home of the Rev. James and Mrs. Culross in 1997. 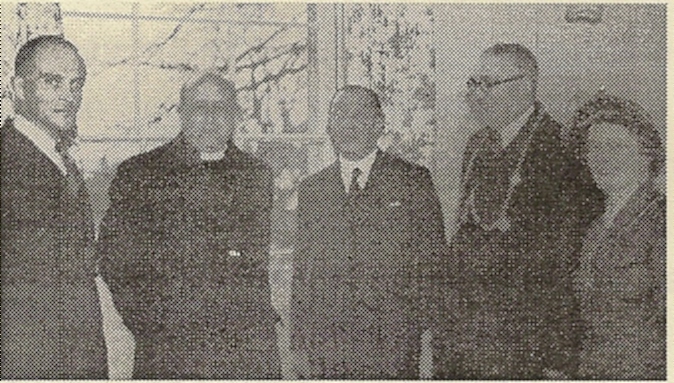 Fred Smith, the architect, another loyal friend of St. Christopher’s and who had served on many committees from the beginning, eventually moved into bungalow 8, until he too died in July 1989. A picture presented in his memory hangs in the dining-room.

On various occasions the erection of more bungalows has been mooted, but none were built. The existing ones have been or are being up-dated as they become available. St. Christopher’s Walk remains as a crescent of nine bungalows.

Read the next article: The Second Decade.

Our residents recently enjoyed a Summer BBQ in the gardens of St Christopher's. The weather … END_OF_DOCUMENT_TOKEN_TO_BE_REPLACED

Thank you to everyone for making our Summer Fete on the 29th June 2019 such a huge success. We made … END_OF_DOCUMENT_TOKEN_TO_BE_REPLACED

Thank you to everyone for making our Summer Fete on the 29th June 2019 such a huge success. We made … END_OF_DOCUMENT_TOKEN_TO_BE_REPLACED

We received a lovely piece of feedback in the Northampton Chronicle and Echo this week. This was … END_OF_DOCUMENT_TOKEN_TO_BE_REPLACED

St. Christopher's Care Home Northampton was founded to serve the local community in 1951 it must be … END_OF_DOCUMENT_TOKEN_TO_BE_REPLACED