You are here: Home / History of St Christopher's / The First Years

As part of our series of articles on the History of St. Christopher’s, we look at The First Years.

Of the twenty parishes in the Deanery, seven had sent in applications – ages ranged from 69 to 81.
The pioneers were: Mr. W. Mead; Miss R. Goude; Mrs. Lewis; Miss Izzett; Mr. E. Tomplin; Miss Barlow; and the Misses S.E. and H. A. E. Mason (sisters) – one from each of the parishes and two, the Misses Mason, from the seventh. Other applications soon began to follow, until there were ten women and two men in residence. The women were in rooms in the main house, together with the Matron and the men in the Annexe where the Assistant Matron, had a small flat.

By August, more applicants had been admitted including the Rev. C.H. Beedle, retired Rector of Collyweston, who made his name at St. Christopher’s by writing doggerel verses, using the names of residents, these he had duplicated and took round to his friends, extracting donations in return: (he eventually raised over £400). In the winter he wore a long, black ulster – rather envied by the Abington curates!

Don’t give yourself AYRES but go out to the Park
From St. Christopher’s Home – for a walk or a lark:

No BULL will be there to fright you away;
If you do not feel like it you need not stay.

Go back to the Home and go on with your book
Peep into the kitchen and chat with the COOK.

But don’t BANDY words or hob-nob with the others
Although – of course – we’re all sisters and brothers.
We have two MASONS here, both very GOUDE
They might build you a house and stock it with food.
With a PALING outside to keep you in place,

And a CURTIN to hide you when washing your face,
Give a MEAD of praise to Father HOLLIS, our friend,
Whose choristers’ record is not yet at an end.

You may HUNT in vain through the length of the land
And not find his equal or one near him to stand.
Everyday there’s a VALENTINE not just once a year
She’s always to be found quite near Mrs. SEAR

Of TOMALIN and HUMPHREYS what shall we say?
I leave you to guess – for I don’t know the way

Of course, some applicants were not able to come to the Home for various reasons, though none were excluded because of financial means. Some withdrew their applications, some because they needed Nursing Home care. By October there were thirteen ladies and four gentlemen residents, leaving two possible rooms vacant. The State Pension was from 26/- to 30/- a week, so some people with only their pension as income were asked for £1.1.0. or £1.5.0. a week, leaving them with 5/- a week as pocket money. By 1952 the Home had a Certificate to take 21 residents – including the Matrons – and one room was kept empty as a Sick Room. The Income was £32.10s. a week (£1690 per annum) and there was a staff of seven to be paid – Matron, Assistant Matron, Cook, two domestic helpers and the gardener and his lad – as well as all the food and other necessities. 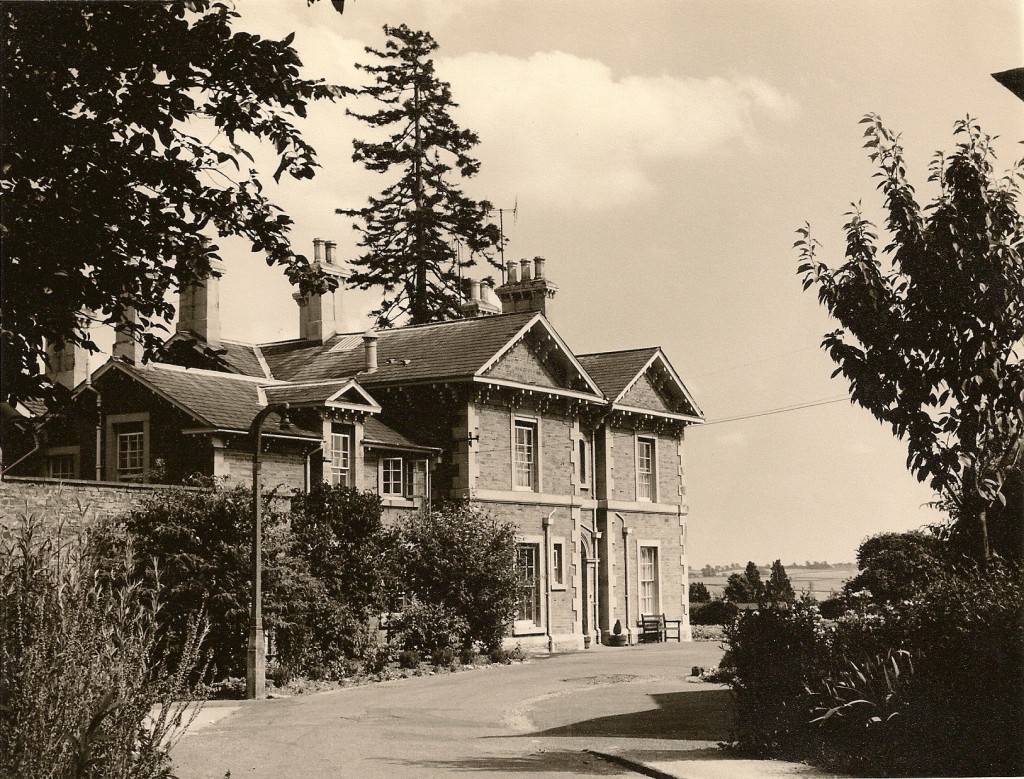 By this time the gardener was Mr. Jack Battison, a member of the Abington congregation (his father had been Verger for 20 years) who had been recruited by Mr. William Smith. He had accepted omewhat reluctantly but stayed ten years, retiring in 1961. Later in his retirement he submitted his name for admission but sadly he died before it could happen. As gardener, Mr. Battison had to produce all the fruit and vegetables for the Home and keep chickens to provide eggs. Everything was carefully checked; to some extent he had to stand up for his rights. However, all was amicably sorted out in the end.

In the House there were two rules:

All went well, with relatively minor problems. The various committees met regularly. At Christmas the Rev. C.H. Beedle celebrated Holy Communion (as he did the following Easter and Whitsun). There was a Fancy Dress Party on Christmas Day for the 19 residents (10 were in their 80s; 7 in their 70s and two were aged only 68 and 69 – actually the 69-year-old left soon after as she found a live-in job.) All was a reasonably happy family:

Of course not all was sweetness, it never is; one lady got restless and decided that communal life was not for her; two ladies who shared a room had their differences. One lady was so difficult and so incapable of integrating with the others that her son was told that she might have to leave, her son talked to her – her behaviour got better, got worse, got better, – this went on for years and she never did leave, until she finally died in the Home.

In the summer of 1952 a large fete was held to raise money – with stalls and horse-rides, run by the Deanery parishes. Miss K. Grose opened the fete, with Canon Trevor Lewis welcoming everyone.

In July 1953 the various committees began to discuss the expansion of the Home. Two main projects were put forward.

(i) the provision of a sick bay or nursing wing and (ii) the building of some cottages in the adjoining field as the beginning of a ‘village’. In the end the Finance Committee decided that a one-storey wing of 14 beds could be added to the existing building for about £14,500 (it was hoped that a second storey could be added later, but that never came about). In October 1953 news came that an anonymous lady was prepared to make a gift of £25,000 to the Home. This would cover the building and the equipment costs; Fred Smith was to be the architect and Henry Martin Ltd. (William Smith) the builders. Committee members went to study the Bethany Homestead to get suggestions and advice from the staff there. The new extension was due to be
completed by May 1955. The Policy for the new wing was to admit:

1)   Present residents who were particularly ill or very infirm.

2)   Extra residents on the same basis.

3)  Temporary residents if room was available. It was emphasised that it was NOT a nursing home.

A licence was applied for from the Medical Officer of Health. As Sister-in-Charge an SRN was required, to be paid around £250 to £275 per annum; Sister Cooper was appointed and it was also decided that Nursing Orderlies were needed – two daily on 8-hour shifts with another one on night-duty (she was to be paid £1 a night). 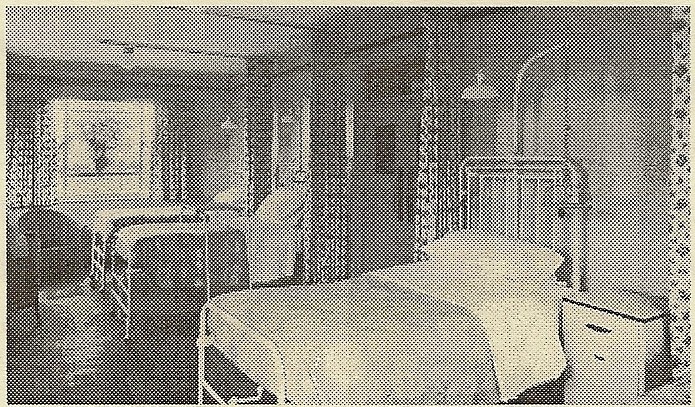 The grand opening was arranged for Thursday, September 15th. The Great Day arrived. Bishop Spencer Leeson came again to dedicate ‘the new wing and to unlock the door. Canon Trevor Lewis was present, also James Ashworth, Rector of Abington and Chaplain to the Home, with his curates and the church wardens of Abington, together with many others. The Rev. Hilary  Davidson, then his curate, remembers accompanying the hymns during the service inside the new building, which had some single rooms as well as 3-bedded ones. Also rooms for Matron and other necessary offices. During the proceedings, the Architect and the Foreman-Builder presented the finished building to the Bishop as “The finished work of our hands”.

With the new wing available various changes were made, some residents were transferred and some temporary residents were admitted (some stayed on and became permanent). There were thus some empty rooms for more active residents and the long waiting list was reduced. A new system of bells linking the rooms to the nursing centre was introduced.

During all these years, the Home itself had to be maintained and the finances balanced. Luckily kind friends still gave gifts, both in money and goods. Many were given at Christmas – a big turkey was given every year by Mr. and Mrs. Smith; also a Christmas Tree and they also gave a gramophone – Mr. Smith came regularly to give record programmes which were much enjoyed. In the summer various residents went away on holiday and could tell the others about their travels. Summer parties were held in the garden to raise money, helped by many friends of the Home and representatives of the Deanery parishes. At Christmas the carol-singers called and there were gifts of apples, firewood, vegetables and cakes. Small presents were provided for the residents and there were gifts for the staff and a very happy time was had.

St. Christopher’s was well-established and was a true home for the residents.

Read the next article: The Bungalows.

Our residents recently enjoyed a Summer BBQ in the gardens of St Christopher's. The weather … END_OF_DOCUMENT_TOKEN_TO_BE_REPLACED

Thank you to everyone for making our Summer Fete on the 29th June 2019 such a huge success. We made … END_OF_DOCUMENT_TOKEN_TO_BE_REPLACED

Thank you to everyone for making our Summer Fete on the 29th June 2019 such a huge success. We made … END_OF_DOCUMENT_TOKEN_TO_BE_REPLACED

We received a lovely piece of feedback in the Northampton Chronicle and Echo this week. This was … END_OF_DOCUMENT_TOKEN_TO_BE_REPLACED

St. Christopher's Care Home Northampton was founded to serve the local community in 1951 it must be … END_OF_DOCUMENT_TOKEN_TO_BE_REPLACED